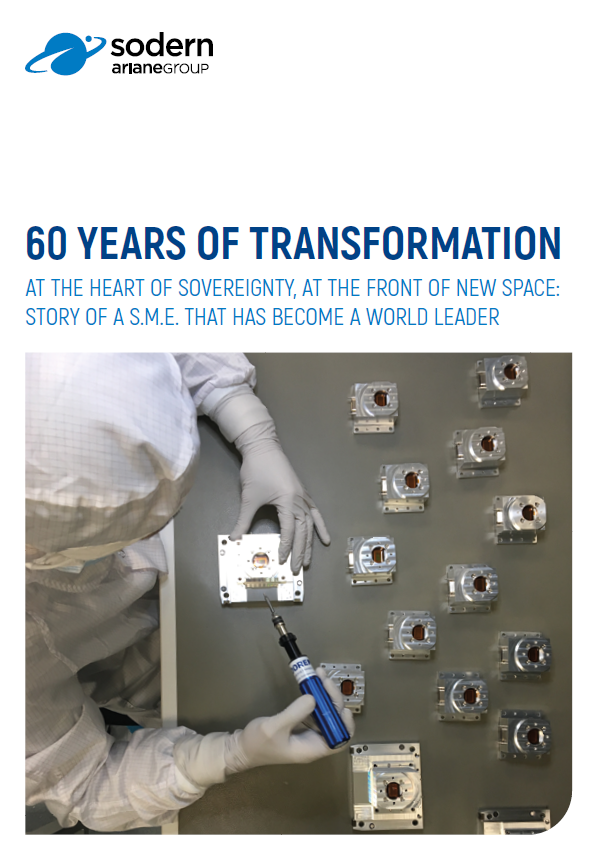 “In 1962 Sodern, the engineering and nuclear realization company was founded. The company was created to perform a strategic mission: design and build the core of France’s nuclear weapons, the “neutron initiators”. Sodern succeeded in mastering this highly complex know-how and is still today the only company to have this expertise in France.

On the back of this success, France and Europe entrusted the young company with other complex projects, including cutting-edge scientific instruments lying at the heart of the French Earth observation satellites, and disruptive military technologies. 60 years later, Sodern remains true to this technological pioneering legacy, and builds exceptional instruments for the armed forces and space agencies such as NASA, ESA (European Space Agency), and CNES (French Space Agency). From Mars to Venus and Jupiter, Sodern’s instruments have journeyed throughout the Solar system.

But while this technological excellence runs through the company’s blood, it is not an end in itself. Sodern’s goal is two-fold: to stimulate disruptive innovations both for French sovereignty and for private markets, and to become the world leader in its fields of activity. This is a real challenge, demanding the perfect balance between quality and competitiveness.”

Find the full Press Kit here: 60 years of transformation. At the heart of sovereignty, at the front of new space: story of a S.M.E. that has become a world leader.