Sodern has been developing cutting-edge technology for the space, defense and neutron analysis markets for 60 years.

It is our conviction that experience is an essential factor for excellence and credibility and throughout our history we have been able to capitalize on this strength to generate breakthrough innovations.

We are proud to take part in state of the art, cutting edge programs, and to  develop highly competitive solutions for missions for which efficiency and speed are key factors.

As a strategic supplier to the French Armed Forces Ministry, Sodern operates in the areas of nuclear deterrence, space security and optronics equipment installed on military satellites, missiles or other platforms.

As the world leader in neutron generators, Sodern is also a pioneer in neutron analysis instruments, such as the FastGradeTM probe, which enables subsoils to be explored and characterized. 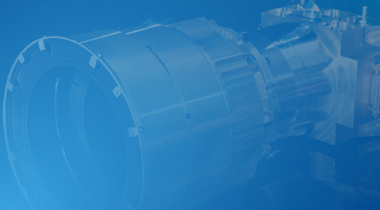 STAR TRACKERS
Sodern is the world leader in the star tracker market and offers the widest range of products on the market, a range which is adapted to all budgets and orbits. 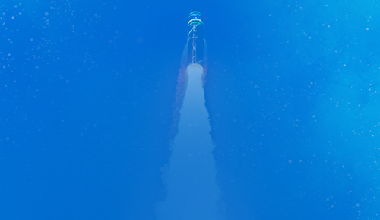 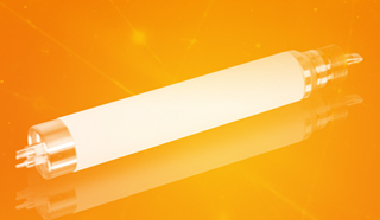 NEUTRON TUBES AND GENERATORS
Sodern is the world leader in civil neutron generators, with core competencies derived from our contribution to France's nuclear deterrence. 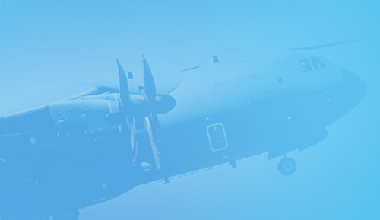 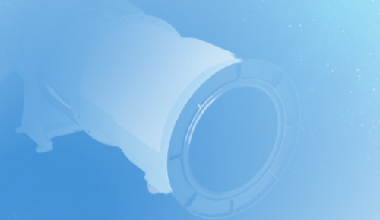 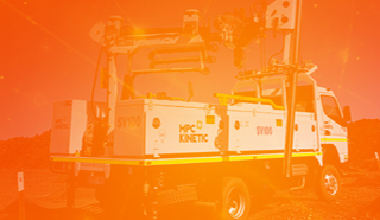 NEUTRON ANALYSIS
Sodern develops neutron analyzers for companies involved in the mining, cement and other markets. 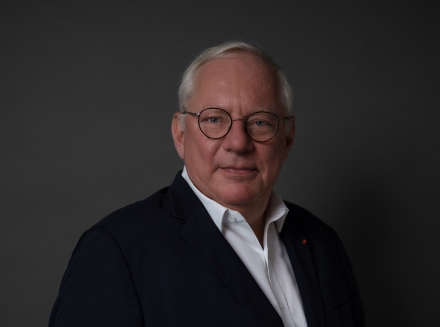 Franck Poirrier
Chairman & CEO
Franck Poirrier, general within the French Military acquisitions agency DGA (2S), has been the Chairman & CEO of Sodern since 2004. Member of the Federation of French Aerospace Industries GIFAS, vice-president of the GIFAS "space" commission and representative of French space equipment providers within the COSPACE (ministerial coordination council on space topics). 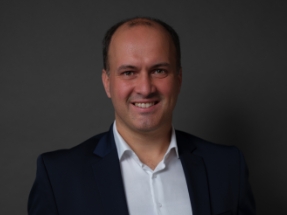 Vincent Dedieu
Deputy CEO, Chief Operating Officer
Vincent Dedieu is the Deputy Chief Executive and Operations Director of Sodern. He is now in charge of development and production activities. 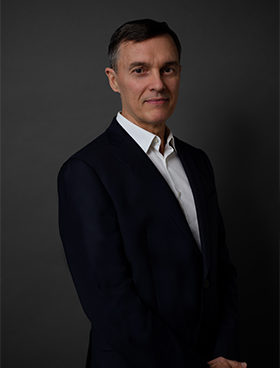 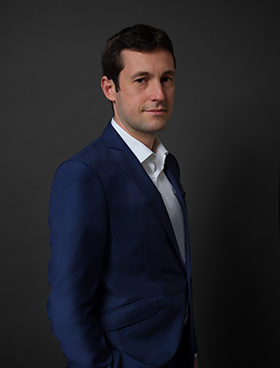 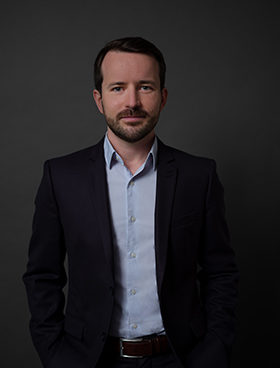 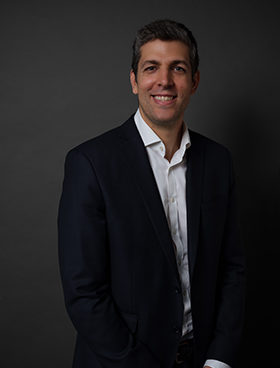 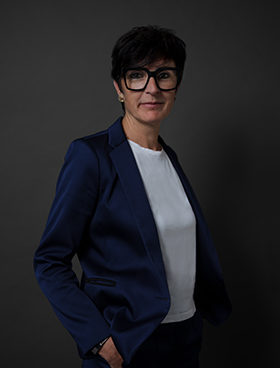 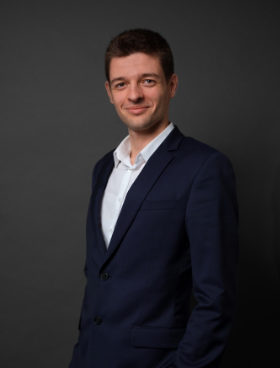 As Sodern’s Chief Financial Officer director since 2018, after spending much of his career at Airbus and Arianegroup, his ambition is to help Sodern achieve economic excellence in addition to the technological excellence that our company has proven. He is convinced that our transformation will make a decisive contribution to this excellence. Working in a cross-functional way, dedicating ourselves to operational elements, providing transparency and developing an economic culture are his priorities to benefit everyone.

A graduate of the Ecole Polytechnique and ENSTA Paris, Jean-Marc Espinasse joined Sodern in 2019 after a career in aeronautics and defense. Since his arrival, he has implemented an ambitious strategy to make Sodern a world leader in its markets segments.

Fabien Robert obtained his doctorate from the ESIEE Paris Engineering School in 2010, specializing in telecommunications electronics.

After over 10 years in different positions (FAE – Field application Engineer, Sales director, COO and CEO) in the main European silicon and OMMIC foundries, Fabien joined Sodern in 2020 as Engineering Department Director. In 2021, he took over sales as vice president Sales and Marketing and focused on the development of a new winning strategy at Sodern.

Clément Pradeau holds a Master in Management obtained in 2005, specializing in Supply Chain and Business Organzation.

After several years of experience in the field of Consulting, then at AIRBUS where he held positions of project manager and management in fields of Supply Chain, Industrial, Security and Infrastructure, Clément joins Sodern in 2019 as Vice-President Site manager & Security Officer, to support the company’s transformation and bring his experience.

Anne Legallais is a Director of Human Resources at Sodern. She has held equivalent positions in various international automobile and aerospace companies.

Rémy Lambertin joined Sodern in 2017. As the CEO’s chief of staff, he helps him prepare and manage transverse and strategic case files, manages cross-functional strategic projects to benefit Management and represents Sodern with high level institutional and industrial partners.

Vincent Dedieu was appointed Deputy CEO and Chief Operating Officer of Sodern in March 2018, after occupying the positions of Strategy and innovation director since he joined the company in 2016. He is now in charge of development and production activities.

Vincent Dedieu began his career at the French Military acquisitions agency (DGA) in 2005. After specializing in the area of tactical missiles, he then provided support for Defense exports within the International development department between 2010 and 2016. Initially he was the Director’s Chief of Staff, then Land Systems Export Operations Director, where he sought to develop bilateral cooperation with other countries.

More recently, he had been working with the former Minister for Higher Education and Research, Mrs Fioraso, on a report the recommendations of which were presented to the Prime Minister in 2016 and sought to strengthen the competitiveness of the French space sector.

A colonel within the French Military acquisitions agency (DGA), Vincent Dedieu is a graduate of the Télécom Paristech engineering college and has a master in industrial economics from Paris- Dauphine.

Franck Poirrier, general within the French Military acquisitions agency DGA (2S), has been the Chairman & CEO of Sodern since 2004.

He is an Officer in the Légion d’Honneur and a Chevalier in the Ordre National du Mérite.

He is a member of the Management Committee and board of the GIFAS Groupe des Equipementiers Aéronautiques et de Défense (Aerospace and Defense Equipment Provider Group – GEAD), vice-president of the GIFAS “space” commission and the representative of French space equipment providers within the Comité Ministériel de Coordination sur l’Espace (Ministerial Committee on Space Coordination – COSPACE).

Franck Poirrier began his career at the French Military acquisition agency. In 1995, he took over management of the DGA’s space activity, for which he was the head of the “space & satellites” unit. In 1998, he joined the Aérospatiale group (which later became Aérospatiale-Matra) as Launcher activity director (space and ballistics). In 2000, he was in charge of reorganizing the EADS group’s space assets, then was appointed General Secretary of EADS Space. In 2004, he took over management of Sodern which he reorganized to a make a world leader in its areas of activity.

Delivery of the JUICE NavCam
Sodern delivers the navigation cameras for the ESA's Jupiter moon exploration mission, JUICE.
Delivery of the NASA Europa Clipper star trackers
Sodern's solution is installed on board the NASA mission to explore one of Jupiter's moons, Europa.
First flight test for a daytime star tracker
Conducted on a French Military acquisitions agency (DGA) plane, this first flight test demonstrated the relevance of Sodern's star trackers for on board geolocation applications, including at daytime.
First flight for the Auriga star tracker
Auriga, a highly competitive and very compact star tracker, began its operational career on board a satellite from Airbus OneWeb Satellites.
Delivery of the hundredth Hydra star tracker
Sodern's best-known star tracker, Hydra has several optical heads depending on the customer's wishes: one hundred-star trackers represented 250 optical heads delivered.
Launch of the CSO satellite
CSO is a high resolution French military Earth observation satellite. The core of the image capture system, the focal plane, was designed by Sodern.
SEIS delivery (NASA InSight)
The SEIS seismometer is the main instrument for the NASA InSight Mars exploration mission. Sodern designed and produced the core of SEIS.
Contract for 1 800 Auriga star trackers
Airbus OneWeb Satellites placed its trust in Sodern to equip all the satellites in the One Web constellation.
First FastGradeTM probe
Deployed initially in Australia, FastGradeTM is revolutionizing the mining sector.
First Hydra
The world reference in high performance star trackers, Hydra is adapted to all types of mission in all orbits, as well as in deep space.
Videometer on the ATV
Sodern's videometer enables the first docking in history between the international space station and a supply vessel, the European Automated Transfer Vehicle.
First online analyzer
Our cross-belt analyzers (CNA) use a controlled pulse neutron generator.
1st star tracker on a telecom satellite
Faithful to its pioneering culture, Sodern was at the origin of the 1st launch in the world of a star tracker on a civil geostationary telecommunications satellite.
First focal plane
The French SPOT 1 satellite is equipped with the DTA01 camera, the result of 8 years of development by Sodern.
TN26 and GENIE 16 neutron generators
Sodern strengthens its position as world leader in neutron generators.
1st Sodern star tracker
Sodern disrupts its own Earth sensor market to invest in a product of the future: star trackers.
1st European Earth sensors
The ancestors of star trackers, Earth sensors enable satellites to orient themselves. Sodern would become the world leader in this technology.
Creation of Sodern
Sodern is created to fulfil a highly strategic mission: to develop and produce the neutron sources needed for France's nuclear deterrent.
Read more about cookies Privacy Policy Personal data request
Okay, I get it.